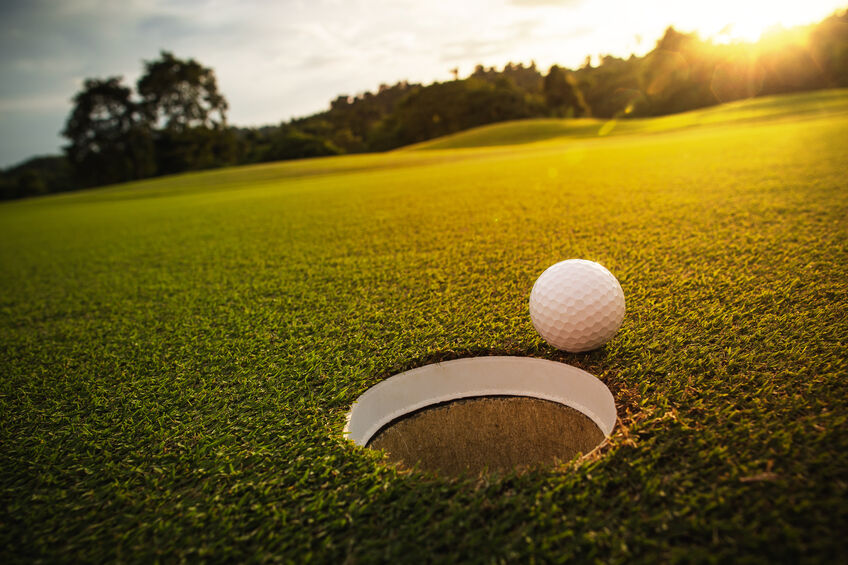 With 100 beautiful, challenging and beloved golf courses available in E6 CONNECT’s vaunted virtual library, it’d be impossible to single out just one for being the most respected, challenging, compelling and unique.

However, Oakmont Country Club, listed at No. 5 in Golf Digest’s Top 100 courses in America rankings, certainly deserves a shoutout.

Located smack dab in the middle of Pittsburgh Steelers territory, this beautiful course — considered the oldest top-ranked golf course in the United States — is known for being impeccably designed, immaculately maintained and thanks to its Church Pew hazards, spectacularly challenging.

Oakmont is also feared and revered for its notoriously difficult greens — which could be described as the Mean Joe Greens if you felt inclined to give it a Steelers spin. They certainly have the reputation of being tough, defensive and entertaining, not unlike former Pittsburgh Hall of Fame defensive tackle Joe Greene.

To wit, Sam Snead once described the difficulties of Oakmont’s fast greens with this humorous and biting quip: “I put a dime down to mark my ball, and the dime slid away.” Fittingly, that quote was included in a Wall Street Journal article about the club, a frequent host of the U.S. Open, that bore the apt headline, “A Masochist’s Delight — Why Oakmont Country Club … scares even the pros.”

Oakmont is as enticing as it is frightening, though. And having circled the sun nearly 120 times, the Henry Fownes-designed course, which dates back to 1903, has decades and decades of stories.

Perhaps the most interesting tale to tell is that of its inception.

In the History section of Oakmont’s website, Marino Parascenzo offers insight into its beginning. In the author’s words:

Oakmont has to be the only course born of a household accident. One day in 1898, H.C., then 39, was using a welding or burning torch to patch a bicycle tire, but neglected to put on a welder’s mask. Later, H.C. had alarming spots in his vision. His doctor diagnosed arteriosclerosis and gave him two or three years to live. Depressed, H.C decided to enjoy what time he had left. According to a family biography, penned by his son W.C., he “gave up business and traveled about the country seeking relaxation.”

Sometime later, H.C. got a second medical opinion: The spots were due to the burning torch. The death sentence was lifted. It was during this time that H.C. had chanced upon golf, and soon, though in his 40s, he became one of the better golfers in the Pittsburgh area. He would qualify for five U.S. Amateur Championships, the most important event in the country at the time. W.C. qualified for 19 U.S. Amateurs, won one, in 1910, and capped his career by becoming president of the U.S. Golf Association, the ruling body of the game.

H.C. Fownes wasn’t interested in a “high society playground,” which many golf courses were considered to be around the Turn of the Century. So, he decided to create a course of his own — and one that would offer a fight, not one “better suited to polite tea-party golf,” as the article noted. A friend found rolling farmland above the Oakmont Borough outside of Pittsburgh, and the design and construction began.

Over the years, Oakmont was called “the fiercest course of all.” Which also made it one of the most desirable courses to play. Golf course architecture writer Ron Whitten said it would be on the Mount Rushmore of golf courses. The article also quoted Ireland’s Padraig Harrington as saying: “This course makes Winged Foot seem very — pleasant, let’s say.” Spain’s Sergio Garcia mused that the par-70 course was good for a par-78. Adding, “And I’m not kidding.”

Oakmont Country Club is proud to have hosted the most combined USGA and PGA championships in the country, including nine U.S. Opens, five U.S. Amateurs, three PGA Championships and two U.S. Women’s Opens.

Johnny Miller famously conquered the difficult course, peppered with 175 deep bunkers, in what was called “the greatest round of the 20th century.” Miller shot a 63 in his final round.