Failing is part of success — in golf and in life 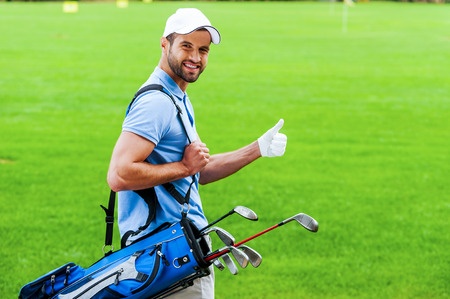 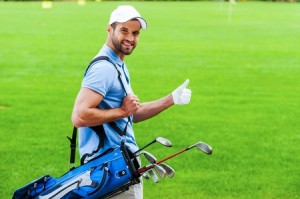 If you ever watched Bob Ross paint colorful landscapes during his American Public Television show “The Joy of Painting,” you probably recall the brilliant way he viewed mistakes. The soft-spoken artist, with a famously permed hairdo and soothing voice, often reminded viewers that there was no such thing.

Whether they happen on the canvas, during a career or around the golf course, those happy little accidents can be valuable learning moments. As has been said, “Failure is not the opposite of success, it’s part of success.”

The legendary Arnold Palmer realized and embraced this concept. Sure, The King earned 62 PGA Tour titles and won seven major championships from 1955 to 1973, but it was a tournament he didn’t win that turned out to be one of the most significant moments of his career and of the modern era of golf.

After winning the Masters and U.S. Open early in his career, Palmer traveled to Scotland to compete in the British Open in 1960. His goal was to win all three tournaments as Ben Hogan had done in 1953. Although he played well, he lost by one shot to Kel Nagle. It devastated him.

But as he showed throughout his splendid career, Palmer didn’t allow disappointment to define him. The motivated golfer returned to Scotland and won the British Open the next two years. In the process, he won over the hearts of fans from both sides of the pond and inspired American pros that a trip across the Atlantic Ocean was well worth it.

European Tour chief executive Keith Pelley claimed that Palmer’s participation in the British Open was “the catalyst to truly internationalize golf.” And two years after finishing second to Nagle, Palmer stormed ahead to earn a victory by six shots. Sports Illustrated detailed several “happy little accidents” that Palmer overcame, including a rough practice round, an injury and an unfortunate lie off of a picture-perfect stroke while he and Nagle were neck-and-neck.

Palmer’s response was admired by his hosts. One Englishman told SI, “On our courses, if you let a bad bounce get you down, you are done for.” The article noted that Palmer wasn’t about to let that happen, with the author writing, “It is the Palmer response to challenge — whether from a golf course, a golfer or even fate — that separates him from the other top players the game has known.”

Palmer touched on that concept in his 1965-released book, “My Game and Yours.”

“If you can roll with your misfortunes, if you can keep calm and optimistic, you’ll get some good breaks, too,” Palmer wrote. “Once you acquire this mental attitude, miracles can happen.”

One of the beauties of E6 CONNECT is that users can turn temporary failures into long-term successes by virtually replaying a specific hole or working out kinks on the driving range with the highest-quality, most lifelike and customizable simulator software ever created. The system gives golfers an excellent opportunity to positively train their minds and their games.

Random Golf Club compared focusing on bad shots to filling the cups in our minds with negativity. Self-doubt and frustration added to the cup make it overflow, preventing positive experiences. One of their Instagram posts asked this poignant question: “How can we keep our minds open to what can be when it’s already so full of what could have been?”

Here are some suggestions from RGC that will help you fill cups with golf balls instead of negativity:

You know Bob Ross would laugh if he were still alive. He might’ve even celebrated with an Arnold Palmer.